Why is My Samsung Galaxy Tab Not Charging?

One brand name that is closely associated with the Android operating system is Samsung. Samsung devices are known the world over and each year new and fascinating devices hit the markets in large numbers. Among the numerous Samsung devices that you will come across on the market is the Samsung Galaxy Tab (Tab A, Tab S). 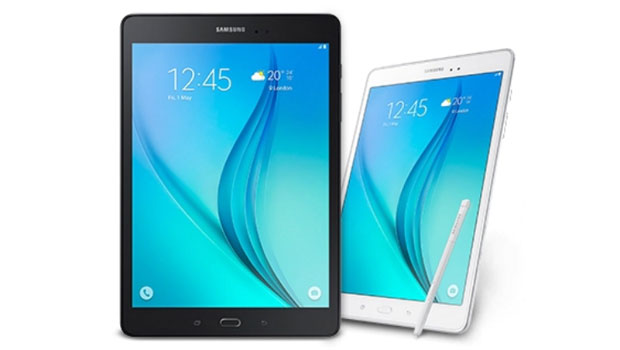 This handheld mobile device has taken consumers and electronic enthusiasts by storm because of its stylish design and the cutting edge technology that the manufacturers have incorporated in it.

Despite all the excitement and pride that the Samsung Galaxy Tab brings to the users, there is one major issue and this is the failure to charge after using it for a while. The charging problem can be a devastating setback especially after spending a fortune to have that tablet. Perhaps one question that should be lingering in your mind is the root cause of the charging problems and how to overcome them.

In this article, we shall take you on a fact-finding mission to establish the likely causes of your Samsung Galaxy tablet’s inability to charge starting from the broken charging port to using a wrong charger all the way to other manufacturing problems originating from the software or hardware among others.

The fact that your Samsung Galaxy tab is not charging it doesn’t mean that you should rush to check if its warranty is still valid so you may lay a claim for a new replacement if possible. There could some underlying problems making your device not to charge as usual. These problems can come in any form and in most cases they result from the following:

More often than not, a broken charging port could be the real problem causing your tab not to charge. This can be a dreadful encounter especially when you entirely depend on your tab to organize and store your personal information. The thought of staying with a functionless tablet could be traumatizing and frustrating at the same time but there’s always a way out of any negative situation. Check out if the USB charging port on your Samsung Galaxy Tab is broken and find a possible remedy to the prevailing problem. To fix it, you can do it yourself or find a certified technician to have the broken charging port repaired.

A dirty charging port could be a reason as to why your Samsung Galaxy tab is not charging. Dirt is a poor conductor of electricity and when it accumulates in the charging port, it cuts the connection between the charger and the charging port on your tablet. Unless the dirt is removed, no charging will take place. Where does the dirt come from? Mostly, debris and other forms of dirt from your pockets or purses get stuck in your tab’s charging port over a long period of time.

However, you can solve this problem in a very simple manner. First of all, you should back up your Samsung Galaxy tab to the cloud or computer to safeguard your vital information. Then switch off your device and use a normal toothpick to gently get rid of dirt from the port. Connect your charge to find out if your device is working perfectly. If the problem persists, you may turn to the use of compressed air to force dirt out or use your sim-card tool, a small needle or a bobby pin.

As long as your tablet was made after 2007, it can be charged using USB chargers. Why 2007? Well, the manufacturers came together in the year 2007 to solve the problem of charging phones and tablets. They unanimously voted for USB charging in order to prevent common problems arising from using wrong chargers on phones and tablets.

This means you can use a USB charger that is compatible with your tablet to charge it. But you must ensure that your device supports the Battery Charging Specification 1.1 or more to help it detect the amount of power coming from the charger. Otherwise, using a non-compatible USB charger might not charge your Samsung Galaxy tablet as expected. Instead, it might cause more problems that may eventually cost you a fortune.

There are chances that your broken charger could be the main reason why your tablet is not charging. Mostly chargers get broken quite often due to careless, sheer negligence or through years of being mishandled. This comes about as a result of travel damage and constant plugging or unplugging in and out of the socket outlet during the charging process.

However, a broken charger should not deny you the luxury of using your Samsung Galaxy Tab. You can opt to buy a new charger but that will cost you more money than you might think. The best option, depending on your charger’s damages, would be to repair it. If the damage is irreparable, then you will have to buy another charger.

Computer USB being Unable to Charge the Tablet

There are many reasons why your computer USB is not able to charge your tablet. The obvious reason could be a problem on your cable. Maybe it’s broken or its USB adapter is damaged. The main problem could be originating from the “Charger Only” option which, unfortunately, is not common anymore with most of the current Android devices. But your tablet should still charge even if the connection is via PTP or MTP protocol. What is needed to solve this problem is to check the settings on your computer and the tablet in order to make the connection possible.

Sometimes leaving your tablet to drain its battery completely could pose a problem when you take it for charging. Chances are, your Samsung Galaxy tab will not charge at all. Likewise, that could be the case when the tablet battery is dead.

To fix this problem, there are a few things that you will need to do. First of all, you will need to hold down your tablet’s power button for a minute. If nothing happens, you may combine both the power button, home button and the volume up button. Still, if there are no positive changes, you may resort to holding your tablet’s power button down and at the same time, touching the display. Again if nothing happens then you will try charging it using various chargers. Alternatively, you may use a charger that has less than 2.0 amps to give the device a trickle charge in order to bring it back to its feet.

Hardware Problem Due to the Dropped Tablet

Sometimes your Samsung Galaxy Tab may fail to charge due to dropping down accidentally. If this happens, the entire Android system will be in a mess and some operations including charging may fail to take place. If you are sure that the components or the hardware part of your tablet are not damaged completely then there are drastic measures you can take to get it back to normal.

For instance, you may want to turn your tablet on by using your computer if other steps don’t work. Connect your device to your personal computer via USB. Allow it to charge for about 20 minutes. Take the charging cable from your device but not from the computer. Plug it back after 10 minutes and let it charge for half an hour at least. Press the power button for a short while to restart your tablet. If it doesn’t restart after doing all these, then your device might be damaged completely and the only option would be to buy another one.

Use of a Low-Quality Cable and Charger

Capable can have an influence on your tablet’s ability to charge properly. Of course, the low-quality cables are those which are cheap. Even if the charger is of high quality and the cable is low in quality, the tablet might not charge or if it does, it will not charge to the required capacity. Alternatively, a poor quality charger can make your tablet not to charge well or not charge at all. Some of the cheap and poor quality chargers are rated at less than 1A and 5V. This voltage and amperage cannot charge your Samsung Galaxy Tab no matter what. In fact, the device requires not less than 1.3A to charge it properly.

Samsung Galaxy Tabs are quite adorable and top quality handheld devices that come with the latest technology. If not handled with a lot of care, these devices can really frustrate you to the point of discarding them. On the contrary, if you handle them according to the manufacturer’s instructions, then you will never get frustrated even a single moment.

One area that needs a lot of care is the charging system of the Samsung Galaxy Tablet. If this device doesn’t charge at all, you will not be able to use the tablet.

If you notice that the device is showing signs of not charging, there are a few steps to take in order to bring it back to its normal working condition unless you want to discard it and buy a new one.

Lin is a senior editor of TabletAdvice. She creates helpful guides and helps people in finding the best tablet that fits their needs and budget. 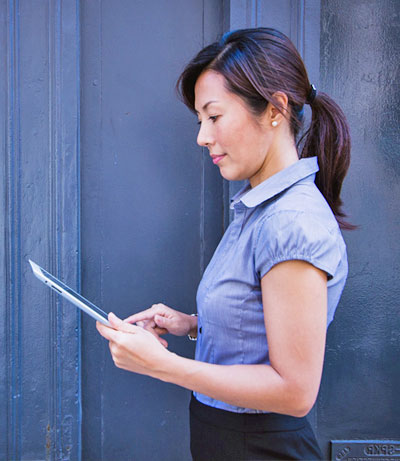 Tablet Advice
Whether you need help operating or fixing your tablet, or need advice on what tablet to choose based on your needs and budget, TabletAdvice is here to provide you with all the information you need. Read more…